Mercedes-Benz is one of the most famous car brands worldwide. The name itself has been derived from the name of a daughter of Emil Jellinek who had been a Mercedes agent. The origin of Mercedes as a feminine Christian name can be traced to Spain, and it comes from the expression “full of mercy”.

Coming back to actual cars, it is worth noting that the Stuttgart-based car maker introduced fuel injection in its petrol-engined cars as early as the 1950s. The first such car was the Mercedes-Benz 300 SL with its with its gull wing doors. The Bosch petrol injection system used in that model was an innovative sequential system, with the principle of operation very similar to that of diesel engines. It utilized a mechanical injection pump fitted with a pneumatic regulator, the latter having been subsequently replaced with an extensive mechanical regulator. This system went on to be used by other car manufacturers in the sixties and the seventies, notably Porsche, Peugeot and also Aston Martin.

This type of fuel injection system could be seen in some more upmarket car models as recently as the late eighties, but nowadays cars of this type are likely to be in the hands of classic collectors. This system has many advantages but it also did have some weaknesses.

Let us start with the benefits offered by the system. When compared to carburettor fuel systems, mechanical fuel injection offers more precise fuel metering, very good conditions to achieve optimum air-to-fuel mixture, precise adjustment of the amounts of fuel being injected in regard to engine speed and engine load as well as superior engine power. The downside, unfortunately, includes high cost of the fuel injection pump and injectors which meant that this system was mainly used in more expensive car models. Another disadvantage was the fact that the system components occupied more space in the engine compartment, coupled to a more complicated set-up required to drive the injection pump plus the need to add an electrical priming pump. Also, powertrains with mechanical fuel injection did not always offer reduced fuel consumption when compared with conventional carburettor engines. 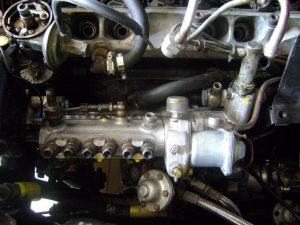  In-line injection pump with a pneumatic or mechanical regulator

 Fuel pressure regulator, either integrated with the pump or as a stand-alone unit

Problems with running cars with a mechanical fuel injection system … and how to tackle them:

 Rough engine running. This condition is very often down to spark plugs which nowadays are not really suited to large quantities of air-fuel mixture. This issue can be addressed by using four-electrode Bosch spark plugs: http://www.auta-zabytkowe.pl/swiece-bosch.html

If this does not help to eliminate the problem, then it is necessary to carry out engine diagnostics including valve clearance and lash adjustment, cylinder pressure check, suitable adjustment to the injection pump, checking the condition of the ignition system and the distributor. However, those jobs are best left to specialist service workshops which have experience in servicing this type of cars. The worst case scenario involves faulty or damaged injection pump. 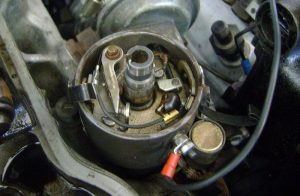  Engine lacks power. Loss of engine power may be due to a misfiring cylinder or cylinders, stuck valves (this often occurs together with rough engine running), damaged distributor (for instance due to excessive cam wear). Another frequent cause could also be faulty injection pump, for instance due to excessive wear of pumping elements. However, one must not forget that the fuel filter may become clogged. 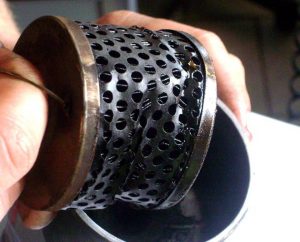  Black exhaust smoke. Dark black or grey smoke from exhaust can occur during when throttle is blipped or depressed strongly, or during rapid acceleration. However, when this symptom is accompanied by increased fuel consumption or continuous smoke from the exhaust even in medium rev range, the car needs to be taken in for a service check. Once the engine diagnostics procedure has been performed and other potential causes eliminated, it could turn out that injectors need to be replaced (more often than not in need of replacement, sometimes in need of cleaning) and the fuel injection pump is likely in need of an overhaul (these repairs can be performed by our company). When it comes to the pump, a frequent cause is due to an incorrect intervention in the pump adjustment system, but another frequent reason is the faulty fuel metering cam within the regulator unit.
 Injection pump leaks. In this case it is strongly advised to take the car to a service workshop and, once the injection pump has been removed, the pump unit should be sent to our company. When a leak occurs in a pump that has operated for many years, it is likely that once the leak is removed in one place, another leak may develop elsewhere. This is due to old and aged seals. To prevent future problems, our company always replaces seals as a complete set.
 The engine has stalled and it is not possible to re-start the engine. In this case one needs to start with the basic tests to check whether the ignition system generates sparks. If there is a problem with sparks, the next step in fault finding process is to look at the distributor and ignition coil. Also the power circuits need to be checked. If correct sparks are generated, the next step is to make sure the injection pump delivers fuel and whether the fuel priming pump generates correct pressure. This is to make sure that such frequent issues as the electric fuel pump failure or power circuit failure are eliminated.
 Problems with cold engine start. In this case it is the starting injector that causes the problem, or the system that controls it.
 Problems with cold engine start. This symptom is very frequently connected with spark plug flooding, possibly due to the use of incorrect spark plugs which are unable to handle excessive amounts of fuel mixture. Bosch spark plugs. Another potential cause of the problem is the faulty starting injector, which leaks fuel and floods the spark plugs. Poor injection pump adjustment is another potential cause. 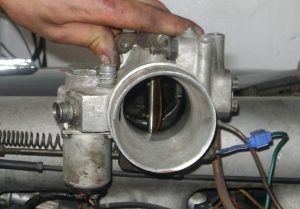 What is going on

Mercedes-Benz is one of the most famous car brands worldwide. The name itself has been derived from the name of […]